What Are the Side Effects of Your Arthritis Medications?

Modern medicine has made many strides in the last century but sometimes at the cost to your body, immune system, and the gut microbiome. Many times, it can be like medicine takes one step forward and two steps back.

It’s true that many medications provide tremendous benefits to patients, but there are multiple unwanted side effects. Everyone should have the benefit of weighing the pros and cons before taking medicine without paying proper attention.

Often, the medications line the medicine cabinet, looking like a candy store, containing every color and shape under the sun. The older you get, the more colorful your cabinet becomes.

Arthritis adds to this collection, and you need to know what effect each medication has so that you can determine whether you would prefer to consider adding natural treatments to your arthritis management.

The medication you use will depend on the severity and type of arthritis that’s being treated, but chances are that you’re using one of these prescriptions if you have rheumatoid arthritis, gout, or osteoarthritis, which are the three most common types.

Rheumatoid arthritis is brought on when the immune system attacks the joints in your body, and there are common medications prescribed for it.

The fact that this drug negatively affects the liver’s abilities is quite concerning since the liver is instrumental in maintaining a well-functioning immune system.

Also called Methotrexate, this drug is a chemotherapy agent that also suppresses the immune system. Side effects could cause:
● Loss of appetite
● Red eyes
● Hair loss
● Headaches
● Dizziness
● Drowsiness
● Swollen and tender gums

Yes, it can have the same side effects as other chemotherapy agents.

Also known as Sulfasalazine, this drug recreates the balance in your immune system, and it’s the most commonly utilized drug initially. However, adverse side effects are present in 25% of patients. Some side effects might include:

Also called Minocycline, which, although a treatment for RA, is most often used for other problems. It acts to kill bacteria but can have adverse effects if not used with probiotics to restore the gut flora. Some side effects might include:

Osteoarthritis is when old injuries become painfully inflamed joints, or the wear and tear that comes with aging has taken its toll. There are common drugs prescribed for this type too.

Also known as Celecoxib, this drug inhibits inflammation and is a nonsteroidal anti-inflammatory (NSAID). Side effects include:

This drug has been at risk of being discontinued due to its association with heart disease.

This drug is also called Piroxicam, and it’s another NSAID. Side effects might include:
● Bladder and kidney problems
● Digestive issues
● Itching or rash
● Dizziness
● Migraines
● Tinnitus (ringing in the ears)

This is an over-the-counter (OTC) drug that’s also known as Oruvis, Oruvail, and Actron. It’s another NSAID that also reduces fever and pain. Side effects can include:
● Loss of appetite
● Dizziness
● Drowsiness
● Migraines
● Constipation

Also called Oxaprozin, this drug is an NSAID that has the effect of promoting propionic acid, which alters gut bacteria. Side effects include:
● Digestive problems
● Heartburn
● Drowsiness
● Migraines

These are a handful of the medications you could use for osteoarthritis. It’s recommended to read the insert so that you know your risk factors. Feel free to discuss the potential side effects with your physician too.

It’s not recommended that you take medication without understanding its effects.

Gout is mainly controlled through lifestyle choices, but some prescriptions can be given too. Most of the medications you’ll use for gout are OTC.

Also called Probenecid, this prescription is only issued to patients who suffer more than two flares per year. It increases the excretion of uric acid, but the side effects might include:
● Tender gums
● Frequent urination
● Nausea
● Dizziness
● Vomiting
● Migraines
● Loss of appetite

According to the American Kidney Fund, this medication must not be taken if you have chronic kidney disease (CKD) or suffer from kidney stones. It can cause further damage to your kidneys, which are already struggling to function normally.

Also known as Zyloprim, this drug suppresses uric acid and prevents kidney stones. No drug comes without a few cons though, so you might experience:
● Rash
● Diarrhea
● Nausea
● Decreased liver function
● Worsening gout

Yes, you read the last one correctly. Allopurinol is a maintenance gout treatment, but using it during an acute and severe flare can cause worsening gout symptoms. Make sure to avoid this drug during gout attacks.

Long-term usage is not recommended. Other side effects may include:

This is the most commonly recommended OTC drug to combat gout. It’s a milder option to treat gout flares temporarily, but it can upset the gut flora, leaving you with digestive problems and poor gut health. It isn’t an NSAID or steroid.

Other NSAIDs you can get OTC are Ibuprofen, Aleve, Tylenol, and Advil. They aren’t as effective, but they offer fewer side effects than the prescribed options.

Keep in mind that only doctors should prescribe long-term arthritis medications, but now, you can discuss their potential complications. Patients who suffer from advanced-stage arthritis likely need medications.
Yes, it’s a good idea for any patient with mild symptoms or early-onset arthritis to consider natural methods of management, especially nutritional changes.

Alternative Arthritis Therapies Can Help to Manage It Better

5 Powerful Ways To Motivate Yourself To Move More 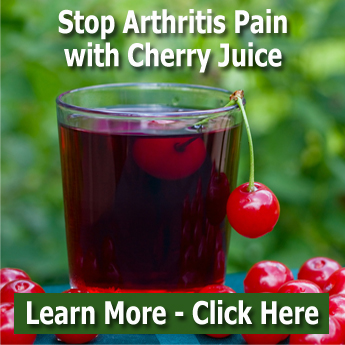 What Food Packages Don’t Tell You

No Result
View All Result